No animals were intentionally harmed in the making of this website, SemiTourist.com (other than flies, mosquitoes, gnats, spiders, tics, and other blood sucking nuisances). What follows, in no particular order, is a list of the
animals unintentionally harmed while driving a tractor-trailer combination:

2) One hawk (although it first resembled a football, then a swaddled infant, then an unrecognizable brown missile. While the lack of blood precluded human infant, I remained unnerved until I found small feathers stuck to the windshield) I-70 Eastern Colorado; 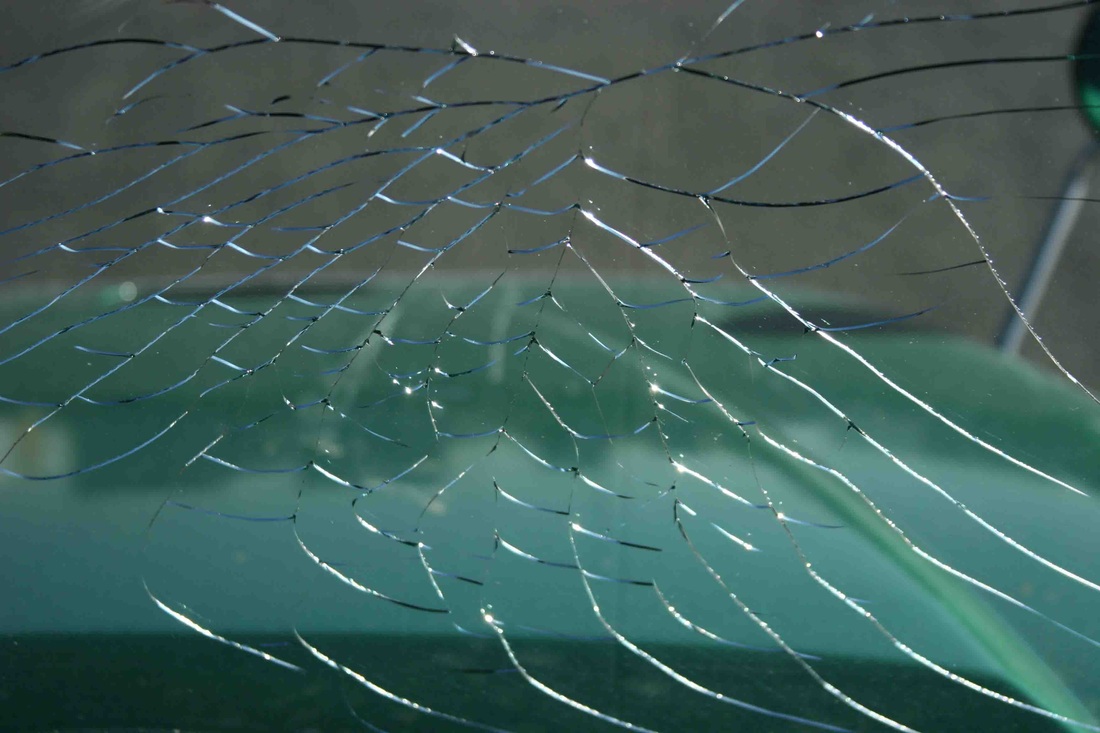 Aftermath from a Brown Feathered Missile 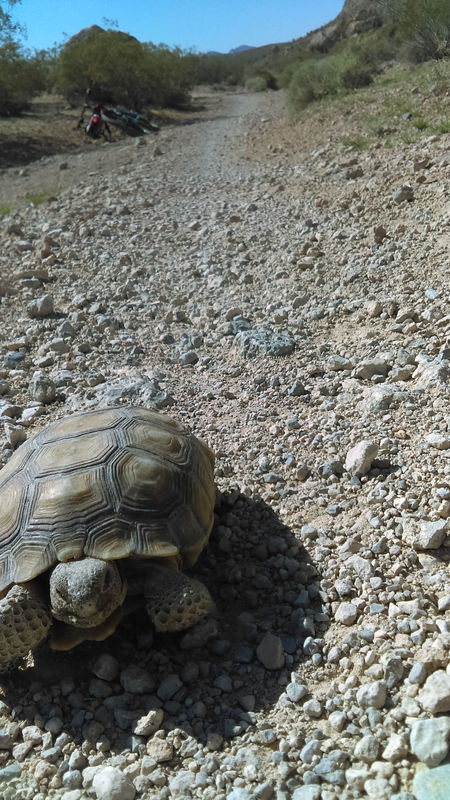 Almost to the Finish Line. Blue Diamond Trails. Las Vegas, Nevada.
) Numerous lightning bugs (fireflies) via windshield, of course. When they splat upon the windshield in full-on glow, however, they resemble the florescent stuff that is inside a military glow stick when you cut it open and fling it all over your kids’ bedroom walls. (Don’t do that at home because you might also toss around the shards of glass that were broken in order to activate the florescent qualities. Amazingly, no kids were harmed attaining that bit of knowledge.);

4) Miscellaneous birds throughout the country, including a suicidal swallow, which upset me because until then they always swerved away at the last moment.

6) Miscellaneous birds throughout the country, including a suicidal swallow, which upset me because until then they always swerved away at the last moment.

7) One small brown bat (but not a brown bat, which are relatively big – this one wasn’t). He bit it on my grill presumably while chasing the smorgasbord of bugs in Klamath Falls Oregon.

1) Three desert tortoises, one on the Turtle Wall trail in St. George, Utah. I braked in time to avoid the hiker as well; elsewhere in the southwest another tortoise ducked into his shell and managed to avoid all eighteen of my wheels; and yet another set up camp in the middle of the Blue Diamond Trail outside of Las Vegas (Nevada, not the Doc Holliday haunt of New Mexico);

2) Snapping turtles. These guys thought the women turtles across the freeways were hotter. Missed a few, saw many carcasses;

3) Six snakes, two of which were rattlesnakes. First rattler was on Bonneville Shoreline Trail, Salt Lake City, Utah. He saw me first, darted for the bushes, collected himself, then rattled as I flew by. Second rattler was sunbathing across the trail in Ogden, Indian Trail. Rolled over three gopher snakes (two in Yakima, Washington, one in Salt Lake City. Utah). Swerved and therefore missed a pale, albino-looking snake, also in Yakima. One Puget Sound Garter Snake, Swan Creek Mountain Bike Park, Tacoma, Washington – clipped the very end of his sunbathing tail. Jerk! Stay in your lane! (Redundancy alert: I repeated some of this below. Above, however, represents a total serpentine count.); 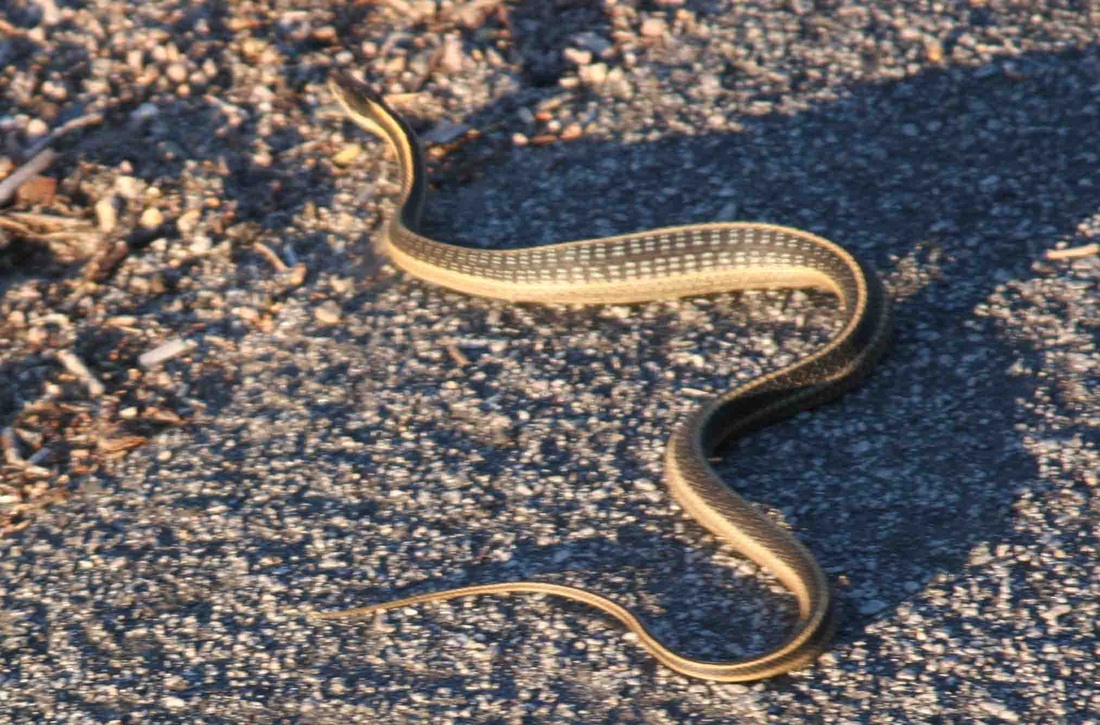 Not the Rattlesnake, Reno, Nevada.
4) One skunk, Truckee River Bike Path, Reno-Sparks, Nevada. Came around a bend, slammed on the brakes, and backed awkwardly away while he sauntered into the bushes. Took a shaky, ill-composed picture;
. 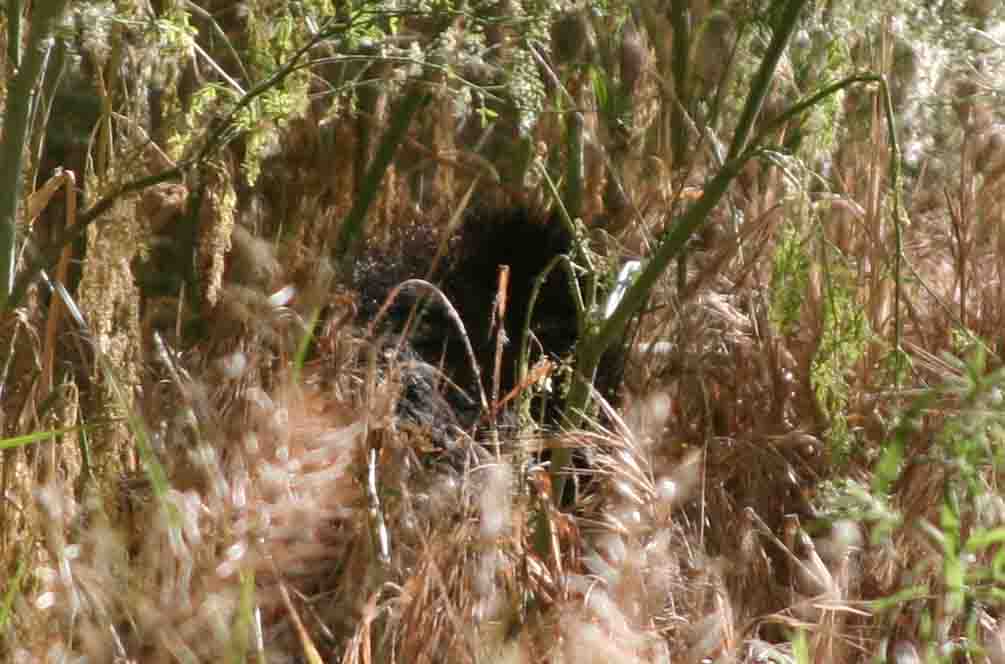 5) A tarantula, Tucumcari, New Mexico. I wasn’t the only one that assumed the hairy spider halfway up the wall in the terminal’s TV lounge was a feeble Halloween decoration. Later that year, him or his relative crossed in front of the truck as we left the yard;

6) A horse, Jicarilla Apache Reservation, New Mexico. Late at night, two lane highway, no lights other than headlights. A strange white structure built unusually close to the road raised it’s head when we got within a car-length. Land of Enchantment all right;

7) One dog, husky breed, Laramie, Wyoming. Not a close call – bastard got me. Soon as he saw me he flattened his ears and made a beeline towards me at an 11 o’clock angle. I corrected the angle to 12 o’clock, which worked brilliantly, but he spun around and caught up to me. When it became apparent that he intended to
bite I launched a preemptive kick at his snout. I missed, so he snapped through jeans and punctured my lower calf. I got off my bike, pissed as hell, yelling and pointing, “BAD DOG!! GO HOME!!” He did go home, but at that moment I’d have rather beaten him (or his owner) with a baseball bat;

8) A moose. Medicine Bow National Forest (Pole Mountain Bike Trail). Scared the big guy bombing down the trail. Had my camera firmly and safely holstered. Saw another, on another day, staring at me as I took a mandated Wyoming DOT dirt road detour. And yet another sighting by my wife along the Grande Ronde River just before La Grande (Oregon);

9) Another deer. Susanville Ranch Park. .Another corner at full speed. Nearly slammed into this guy. Jumped off my bike and chased  him back into the woods with my camera. Saw four on the hill, and came pretty close to the last in Klamath Falls, Oregon;
​
10) Enormous bighorn sheep in Glenwood Canyon, Colorado. Lurking near the shoulder like a hallucination.​​​ Other sightings in the gorgeous red rock area of Capital Reef, Utah; White Pass, Washington meandering in the snowy forest; and nearly regular sightings in the Columbia River Gorge, Oregon. And finally after nearly ten years of being taunted by the bighorn silhouette in the yellow warning sign, I saw a convocation of the great horned beasts in Hawthorne, Nevada (a few other irregular sightings since then);

​11) Black bear. Between Weed and the city of Mt. Shasta. I was grinding my way uphill on a never-ending loose gravel dirt road when a black bear bolted across the road approximately fifty yards in front of me. I hesitated, debating whether or not to turn around. I continued, but sing, sang gibberish ("nice bear, good bear, stay bear...") because I heard things go bad if they're surprised; Satus Pass, Washington - Mama and two cubs;

Not so close calls, not by my hand:

1)  Armadillos in Texas, and the south. Many carcasses, never saw a live one that I know of.

4) Armadillos. Texas, of course, but throughout the south. Failed to see a live one. 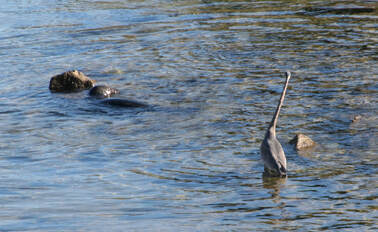 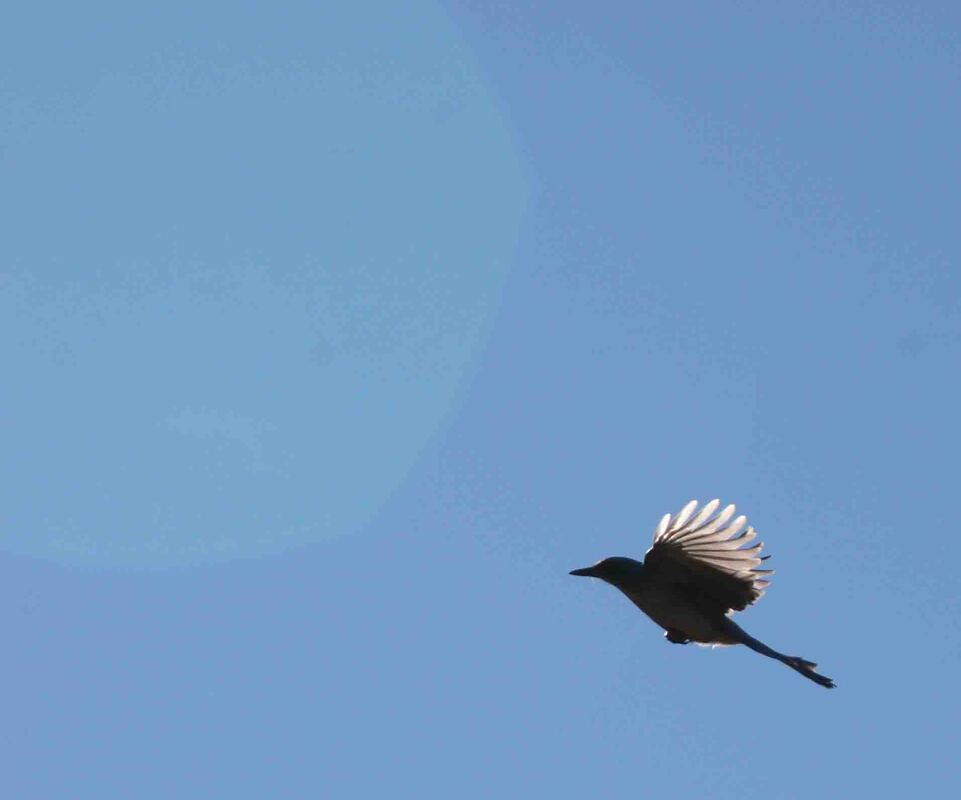 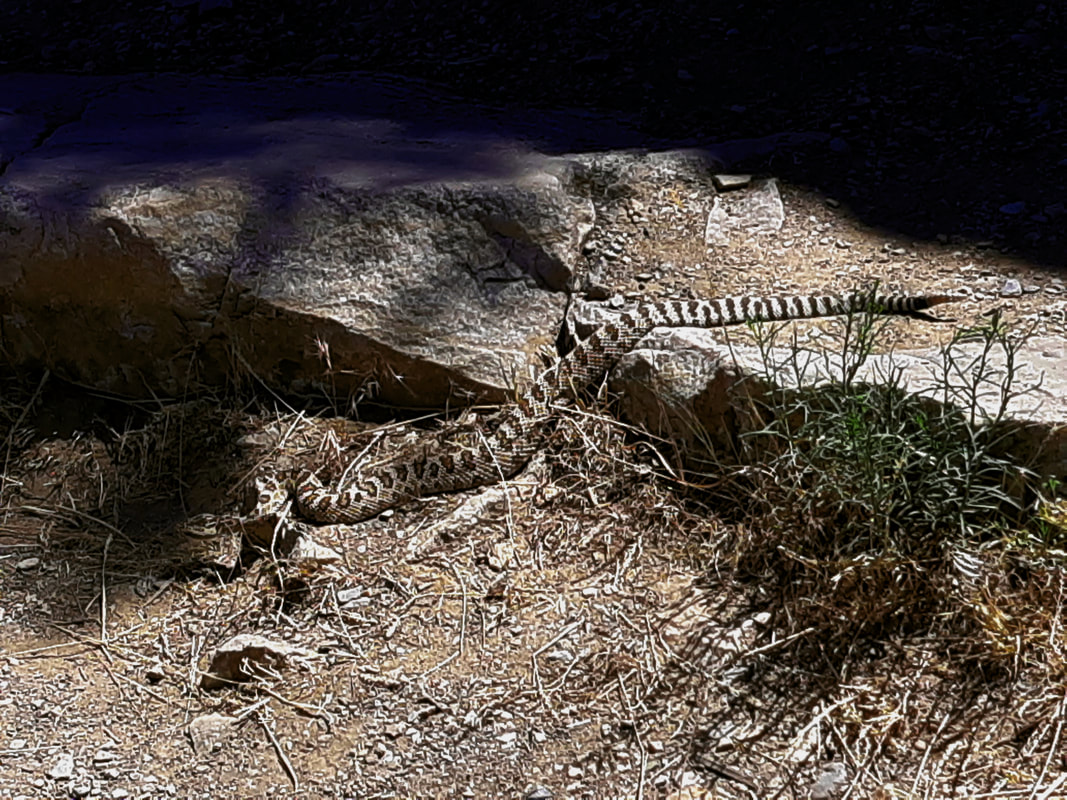 1) Black bear with two cubs, Satus Pass, Washington. Scanning hillside for wild horses (or the lack of fencing which is the distinguishing characteristic of wild horses);

3) Bald Eagles. Numerous, everywhere. BUT, saw seven amongst a pasture of sheep somewhere near Eugene, Oregon;

6) Wild Burros, US 6, Nevada. They own Beatty, Nevada (the Gateway to Death Valley) where they roam the streets with impunity.

7) Wild Horses, Satus Pass, Washington. Permanent fixtures (never came close to hitting). Also permanent residents of McCarran, Nevada -  there the streets are paved with something other than gold.

8) Rattle Snake, Ogden Utah sunning itself on the trail (Indian). 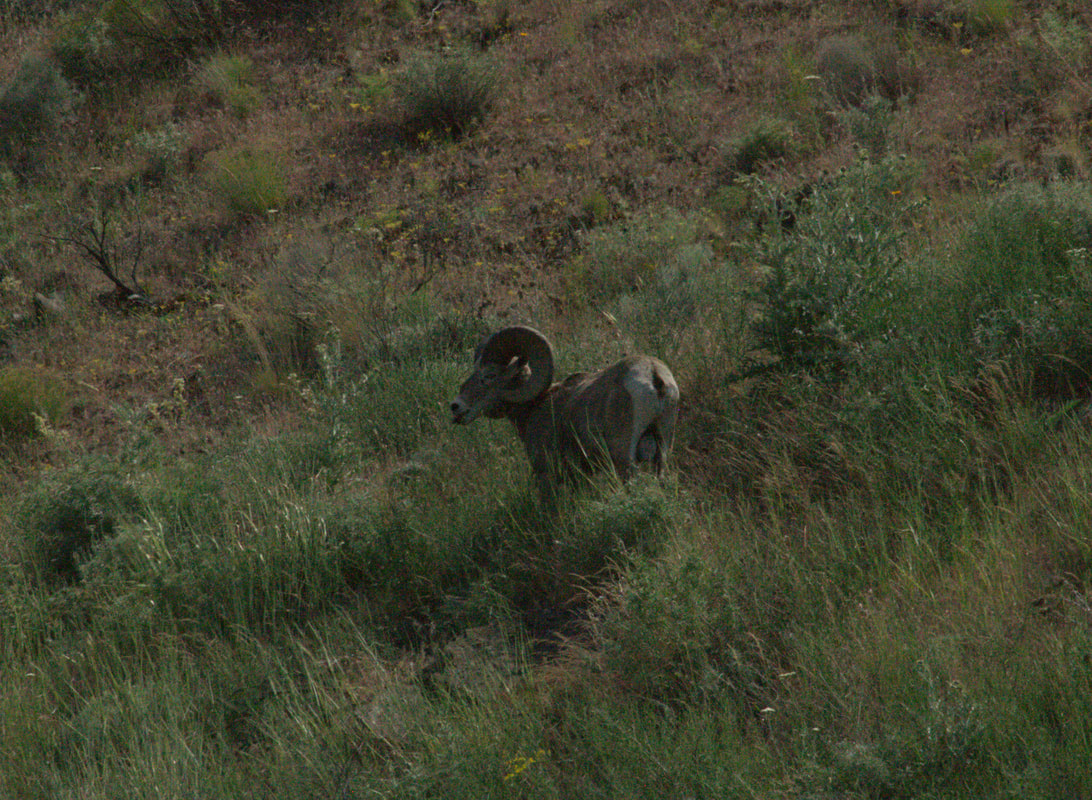 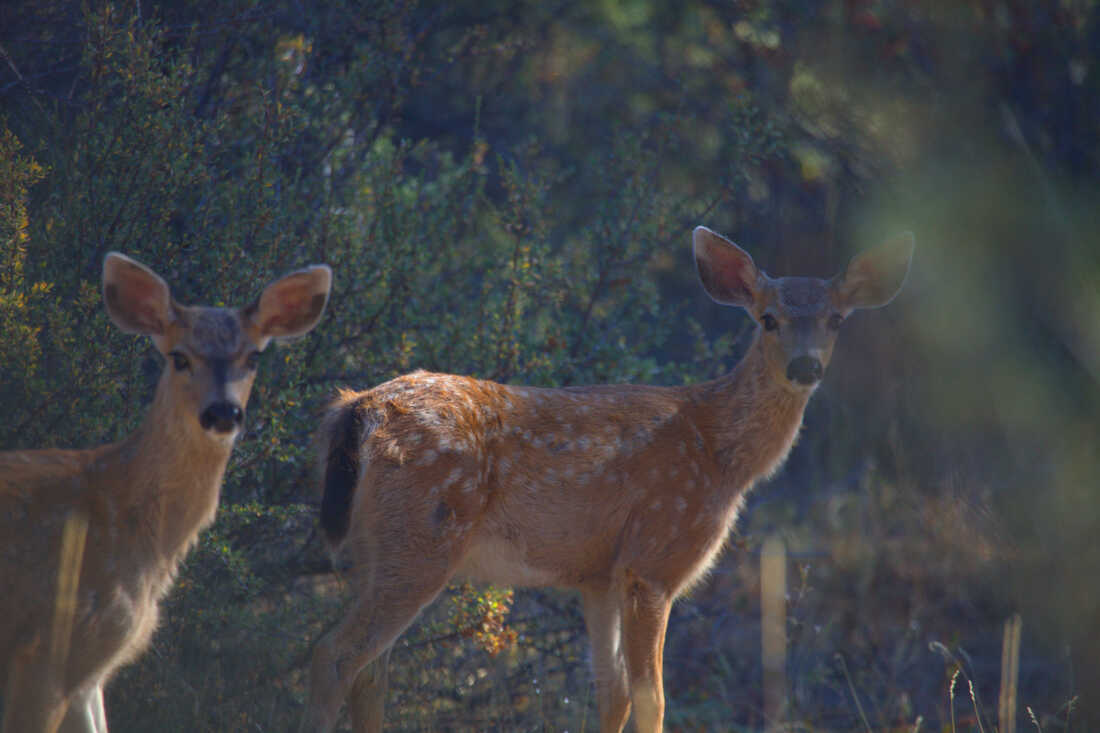